New Online Board Game From ‘Useless’ Titled ‘Be Diced’

Russian developer Useless has just released an online board game dubbed as Be Diced. It is exciting, fun and engaging to play. Players will be involved in duel by choosing their favorite dice. 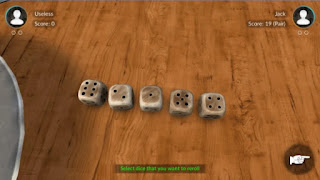 Be Diced is equipped with simple rules to enable even layman smartphone users to play and roll for the win. Two attempts will be given to roll the dice. In the first attempt players need to throw all the five dice and in the second attempt the dice becomes selectable ahead of the rolling. Combination results of both are counted for win. The player who will get the best results of both will be declared as the winner. It is to note here two victories will be announced in each match.

The game is filled with several exciting features like it offers multiple locations and there are dozens of different dice in it to play. The game is equipped with modern graphics and delivers realistic physics. More to all these, weekly ranking of the best players will be announced too along with prizes for them. 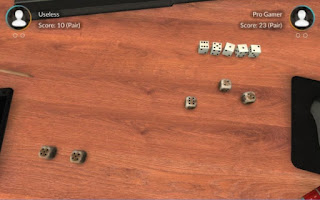 Launched on 3 September 2016, the Be Diced game is currently version 1.0 and is compatible to Android 4.0.3 and above for installation. It is 62MB in size and children above twelve years of age are allowed to play. It comes free on Google Play Store and is offered by the maker of some of the best free games for Android devices including "I am a Hero," "Extraspher" and "Easy Pixel Hunt."

The game offers some in-app purchases. In terms of permission from users it will read phone/device status and identity as well apart from viewing network connections and accessing full network. 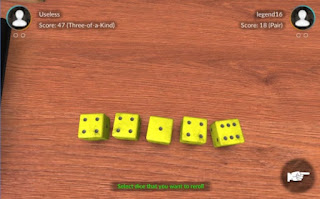 As the game has been lately launched, there is just one user feedback on Google Play Store about it as '5 Star.' However, it will be easy to understand whether the game will be satisfactory as claimed by looking at the feedback of other games from Useless. The "I am a Hero" has average ranking of '4 Star' from more than 600 users and "Extrasphere" ranks '5 Star' from four users. Just two users have taken the pain of giving star ranking to "Easy Pixel Hunt" that averages as '3 Star.'

Hope Be Diced performs at least '4 Star' in near future as more and more players try the game. Do share your own views and of course feedback if played it with fellow readers in the below given comment box.

Posted by Unknown at 2:58 AM No comments:

Be a Better Best Friend with My Happy

My Happy is a brand new iOS and Android app that allows you to create your very own beautifully designed inspirational posters (called Happies) for your family, friends and loved ones. You can choose from a gallery of premade motivational quotes and templates, or create original messages with your own pictures and words. All you have to do is take or choose an image, write up a message, style it to your liking, and hit send or share.

My Happy gives you the speed of an instant messaging app, with the functionality of a photo sharing platform. But more than just another photo editor or chat app, My Happy provides you with a way to create meaningful visuals quickly and easily in just a few taps. What makes this app different?

What differentiates My Happy from every other app in the marketplace right now is its attention to the finer details. From the app’s simple, intuitive interface, to the range of custom designed templates.

The variety of filters and fonts to choose from give this app the sort of long-term appeal that’ll keep you coming back for more. And you’ll never be short on ideas for new Happies once you get a feel for all the little icons in the artworks sections. There are also loads of templates and pre-made messages for you to share when you can’t think of anything to write. After creating one of these Happies, you get the sense that you’ve made something cool, and want to share it with as many people as you can.

Why you’ll use it

My Happy gives you a better way to express yourself, to connect with the people you care about. Celebrate the good times, and send an encouraging message to help someone through the tough times. If you’re the type of person who shares inspirational quotes on your social channels, this app is a dream come true. Best of all, My Happy is completely free. And so are all the filters and photo effects you’ll need to create stunning picture messages.

Profound quotes and inspirational messages have long been recognized as the most naturally sharable content online. My Happy has honed in on this idea, and defined a strong audience around people who want to create their own motivational messages, not just for their social networks but for their family and friends too.

We’ve given this app a 5 star rating for bringing something fresh to the photo sharing space. Its free filters, great artworks and powerful photo effects make My Happy one to watch out for as its community develops.


Watch the below video for the walk-through of App

Posted by Unknown at 1:52 AM No comments: